I grew up in the suburbs of LA, and thought of myself as a California girl.  Not a surfer girl exactly, but one who appreciated the beach and thought sunbathing was an active sport. At the same time, I loved words: I was the editor in chief of my high school paper and the Editorial Editor of the UCLA Daily Bruin, my college paper, where I spent considerably more time than I did in class. I never thought of becoming anything but a writer/editor. Honestly, there was nothing else I could do half as well.

L.A. was home. And yet, I had this nagging feeling I belonged in New York.  And so, four years into my first job-job (as Managing Editor of a regional monthly called COAST), I quit and headed east to an editing gig on the Newsday Sunday Magazine. The transition was no day at the beach. New York was cold, beyond my imagining, and my Upper West Side neighborhood was as yet untouched (or unsullied, depending on your view) by gentrification. Then there was the reverse commute to Long Island, typically involving subway, train and cab. I persevered. In due time, I became Newsday’s Deputy Arts & Leisure editor and things began looking up.

Other jobs, at newspapers, magazines and websites, would follow. Among them: Executive Editor of the groundbreaking women’s magazine Lear’s and Deputy Editor of Good Housekeeping, where I thrived despite a complete lack of domestic skills. At these two publications I assigned and edited pieces by some of the best writers in the business: Anna Quindlen, Jenny Allen, John Lahr, Elisabeth Bumiller, Leslie Bennetts, Betsy Carter, Susan Dominus, K.C. Cole, Melissa Fay Greene, Sarah Lyall, Amy Wallace, Ann Hood, Amanda Robb and Sheila Weller.  I loved it.  At Good Housekeeping, I was also the lead editor on a health package that won the National Magazine Award in health.

There’s more: I’ve taught journalism at Columbia University, NYU, and Fordham. At USC’s Annenberg School, I was a guest speaker for an advanced magazine-writing class. I’ve worked on the news-aggregator website newser.com, and as a consultant for Meredith Custom Publishing. I’ve reviewed fiction for Kirkus Reviews and contributed author interviews to AARP online. Recently, two of my personal essays were published on the website Dorothy Parker’s Ashes, one republished on PBS’ Next Avenue. (Read them here: www.dorothyparkersashes.com/secrets/secrets-and-lies-the-letters-evelyn-renold and www.dorothyparkersashes.com/the-mirror/view-from-above.) I now work with individual clients on writing projects large and small. If you think I can help you, please be in touch. 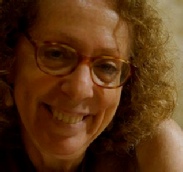